First shown in 2019, this exhibition tells the story and is back by popular demand. 2019 marked the 50th anniversary of the initial set–up of Bath Arts Workshop/Comtek and to celebrate the anniversary The Museum of Work at Bath presents an archive exhibition and workshop programme, with the participation of community energy / climate emergency groups, repair cafes and recycle / reuse projects active in Bath today. Running from May 17th to November 1st at the History of Work Museum. 348 Julian Rd. Bath, BA1 2RH. Open 10.30am – 5pm, every day. 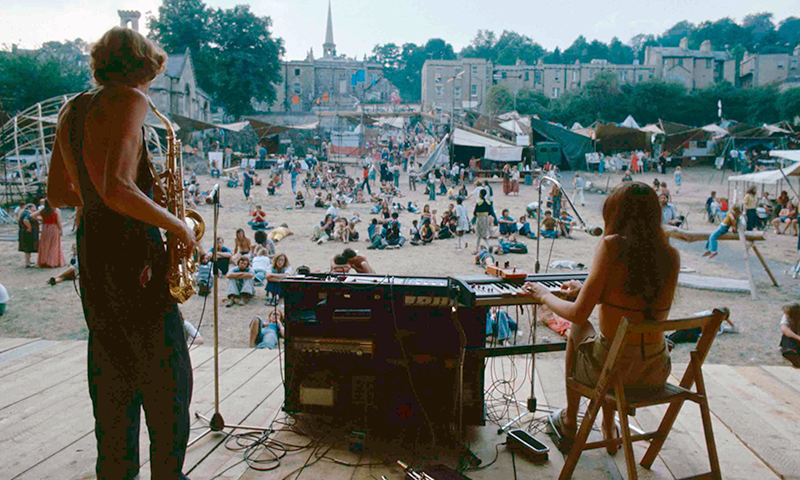 Bath Fringe likes to think we’re still ahead of the game, but there was a time when the city’s alternative festivals were in the avant garde in both art & technology, actual world leaders. What were collectively later called The Walcot Festivals (they all had their own names, starting with Comtek in 1969) were early and well-developed examples of a style of event that saw its initial flowering in Bath as well as (notably) East Anglia, and has now become almost mainstream.

The artistic part of the 69-79 festivals included a lot of what was then called Experimental Theatre or Performance Art, most of which would be quite at home in FAB this year, and still more of it would be familiar from green-field festivals (large scale temporary public art) or community events (outdoor circus & theatre, lantern processions).

The next decade brought events in other parts of the city, the Bath Arts Workshop, the Print Shop, The Natural Theatre (celebrating their own 50th anniversary from this summer to next), serious micro-budget film-making, and a community of local adventurous performers and artists whose cultural influence on Bath is difficult to over-state. Also a number of entertaining legends, most of which turn out to have been true.

Want to know about what’s happening in Bath Fringe?
Send us your details and we'll send you regular (and irregular) updates